Due to an increase of local Covid-19 cases, New Plymouth City Hall will be closed to the public a... END_OF_DOCUMENT_TOKEN_TO_BE_REPLACED

From one end of this continent to the other 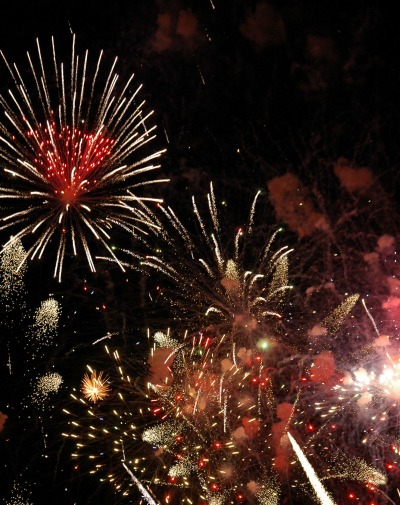 July 2020. This month, North Americans will be celebrating the birth of their country, their identity as a people and as a nation. From Winnipeg to Washington, D.C., from Calgary to Corpus Christi, from Toronto to Tallahassee, we will watch fireworks and watch parades, we will sing and laugh and make merry. And EAT. Whether your celebration will include barbecue and watermelon, or haddock and butter tarts, there will certainly be some good eats. Join the celebration!

“On July 1, 1867, with passage of the British North America Act, the Dominion of Canada was officially established as a self-governing entity within the British Empire.” History.com
This act, now known as the Constitution Act, united the colonies of Canada, Nova Scotia, and New Brunswick into a single Dominion called Canada, creating a new nation responsible for its own governance. Today, Canadians from British Columbia to Prince Edward Island will celebrate their national identity and remember the day they became “Canadians.” 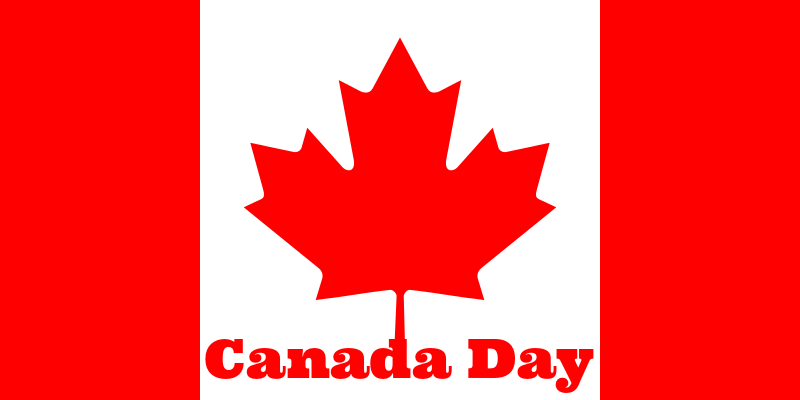 Life, Liberty, and the Pursuit of Happiness

In a few days, Americans from California to Maine will be celebrating their national identity and remembering the day they became “Americans.”  No longer colonials, no longer simply Virginians or South Carolinians, we are now “Americans,” united under one flag, declared INDEPENDENT.

On July 2, 1776, the second Continental Congress approved a resolution, proposed by Richard Henry Lee of Virginia, which declared the United States independent from Great Britain’s rule. Two days later, the Declaration of Independence, written primarily by Thomas Jefferson, was approved by Congress. This document begins:

The unanimous Declaration of the thirteen united States of America 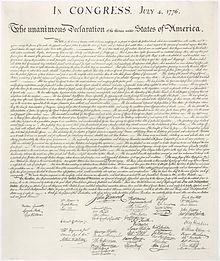 When in the Course of human events it becomes necessary for one people to dissolve the political bands which have connected them with another and to assume among the powers of the earth, the separate and equal station to which the Laws of Nature and of Nature's God entitle them, a decent respect to the opinions of mankind requires that they should declare the causes which impel them to the separation.

We hold these truths to be self-evident, that all men are created equal, that they are endowed by their Creator with certain unalienable Rights, that among these are Life, Liberty and the pursuit of Happiness.

— That to secure these rights, Governments are instituted among Men, deriving their just powers from the consent of the governed, — That whenever any Form of Government becomes destructive of these ends, it is the Right of the People to alter or to abolish it, and to institute new Government, laying its foundation on such principles and organizing its powers in such form, as to them shall seem most likely to effect their Safety and Happiness.

This is the document that made the United States a free and independent nation. This is what we celebrate.

The second day of July, 1776, will be the most memorable epoch in the history of America. I am apt to believe that it will be celebrated by succeeding generations as the great anniversary festival. It ought to be commemorated as the day of deliverance, by solemn acts of devotion to God Almighty. It ought to be solemnized with pomp and parade, with shows, games, sports, guns, bells, bonfires, and illuminations, from one end of this continent to the other, from this time forward forever more.[7]
Wikipedia

John might have been off by a couple of days, but he was certainly correct about America’s celebration of its independence.

This July, take a cue from President Adams, and celebrate "from one end of this continent to the other, from this time forward forever more!”

Did you know:  Thomas Jefferson and John Adams, the only two Presidents of the United States to sign the Declaration of Independence, died on the same day: July 4, 1826, which was the 50th anniversary of the Declaration.

History.com, History of the fourth of July

Quora.com, “Why did Canada have an Independence Day?”

Looking for a furry friend to become a part of your family? Consider adopting a dog or cat from your local animal shelter. An adopted pet will provide unconditional love and companionship to all.